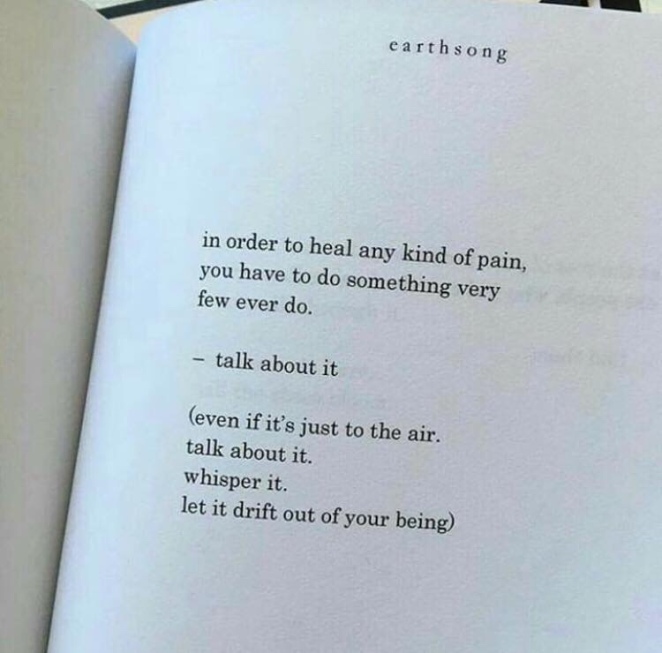 So I’m sure we all see those memes about how we don’t know what anyone else is going thru so just be nice. Yeah… er… right…

Anyway, yes, we’ve seen them, and we try. God knows we try. But sometimes we forget and sometimes we don’t even try that hard. It’s easy to get caught up in our own drama and stuff and forget about others. No matter what they’re carrying. And then there’s the whole “not even asking” thing. That’s a whole different story. And after time goes on we forget about the people we know who are still dealing with things that are still just as huge as they were when they first happened for that person. But we’ve all moved on. And we just don’t get why they can’t just move on too.

Spoiler Alert: They’d like to… trust me… but sometimes that’s not very easy. Sometimes what happened is so big that there’s no way to just pull up your socks and move on.

So today is the 13th anniversary of the landfall of Hurricane Katrina. I remember Katrina so well. Donating countless cases of water and supplies as we breathed a sigh of guilty relief that our Labor Day Weekend trip to Hilton Head was not impacted. Countless hours watching the story unfold and thanking god that we weren’t anywhere near that madness. The people on the news waving from the rooftops. The water everywhere and not going down. The horror stories from the Dome. The grimaces as the disaster continued to unfold in New Orleans while the rest of us just got on with life. The houses with the marks for the number of dead that were found there.

I could go on and on but you all get the point. Katrina is a part of our collective zeitgeist. We all remember it… distantly… like we remember learning about the San Francisco Fire. Something awful that happened to someone else. Not our thing. Moving on.

I know someone now who isn’t like us about this day. Someone for whom today is very hard. Someone who hurts like hell in the days leading up and following. Someone who will never forget that day… no matter how hard he tries. Someone who survived something so horrific that it’s still burned into his sense of smell, into his brain, into his ears… into all of him. Someone who is going to go to the last bar he was in thirteen years ago, before he was forced out and sent home to nearly die. He’ll go to Deja Vu tomorrow and he’ll have one beer. He’ll mark a very good day and a very bad day… all at once. For he is someone who was one of those people we saw on TV. On the rooftops.

Someone who almost died.

Stephen Macanespie is a former Premier League Soccer Player from Scotland. Stephen Macanespie was nearly a man I would have never known about, just another one of the bodies numbered on a house in the Lakeview area of New Orleans, in a house that sat right beside the 17th Street Levee. Stephen Macanespie is my friend. But most importantly Stephen Macanespie is very lucky because he survived. His athleticism likely helped save his life when the water came in and he had to swim for it. The roof he was pulled from three days later was not his. He was quite a ways away, sitting in the sun, surrounded by water that had already tried to kill him and now tempted him as he nearly died a second time from dehydration. That’s a sense of rich irony… that the water he nearly drowned in and that stranded him was also deadly to him as a life giving necessity.

Water, water everywhere and not a drop to drink.

Yes, Stephen Macanespie survived. Stephen Macanespie has gone on to more success in coaching and charity work and business. Stephen Macanespie’s charmed life has continued. But Stephen Macanespie doesn’t ever forget the day that the river that is the lifeblood of his adopted home tried to kill him. Every year on this anniversary Stephen remembers. The screams, the yells, the neighbor he watched die that he couldn’t save. The smells, the swoosh, the end of life as he knew it.

He’s forgiven the river for nearly killing his town. He wouldn’t live anywhere else. His affair with la belle NOLA is enduring and all consuming. But he never forgets. I’m sharing his story so you all can know that even the most normal looking people you meet might be carrying a burden that you cannot imagine. Stephen carries his. You carry yours. I have mine.

And now, I’ll share what Stephen wrote post Katrina… to start dealing with the horror of what he lived through and what so many died from. The failures and fingerpointing in the aftermath of Katrina were rife. Here’s the human story. The story of how you survive something that was not survivable for many. This is his story of how you live.

Screams and cries getting drowned,

Its power unheard of,

Some of us foolishly stood our ground.

We swam from our beds,

in the middle of the night,

No one could imagine the sight.

We climbed on our roofs,

Or took to our boats,

We gripped to our chimneys,

Or grabbed something that floats.

She fought through the night,

Right through the daylight.

We looked from our roofs,

What she left behind,

It was all we could find.

The bedlam was so loud, but,

We heard screams for assistance,

Was it one block away?

Or was it in the distance?

As the Juggernaut blew through,

And the sun came out,

Thoughts turned to loved ones,

That were worried no doubt.

We sat for a while,

Should we have left?

Should have listened to the voices.

We spend 3 days on our roofs,

Shouting across the skyline,

And the copters go,

Each time they leave,

Our spirits get low.

We are dehydrated around so much water,

Katrina is close to winning the fight,

Its getting real close, we probably dont have another night.

They appeared by surprise,

From the pilots thumbs up,

to the captains smile maybe,

I dont know what meant more?

It was the start of a journey,

Not the end as folks think,

It can either make you swim,

Oh yes or make you sink.

We picked up 8 more people,

In the coast guard’s glorious bird,

Each one as excited,

ABOUT NEW ORLEANS, YA HURD.